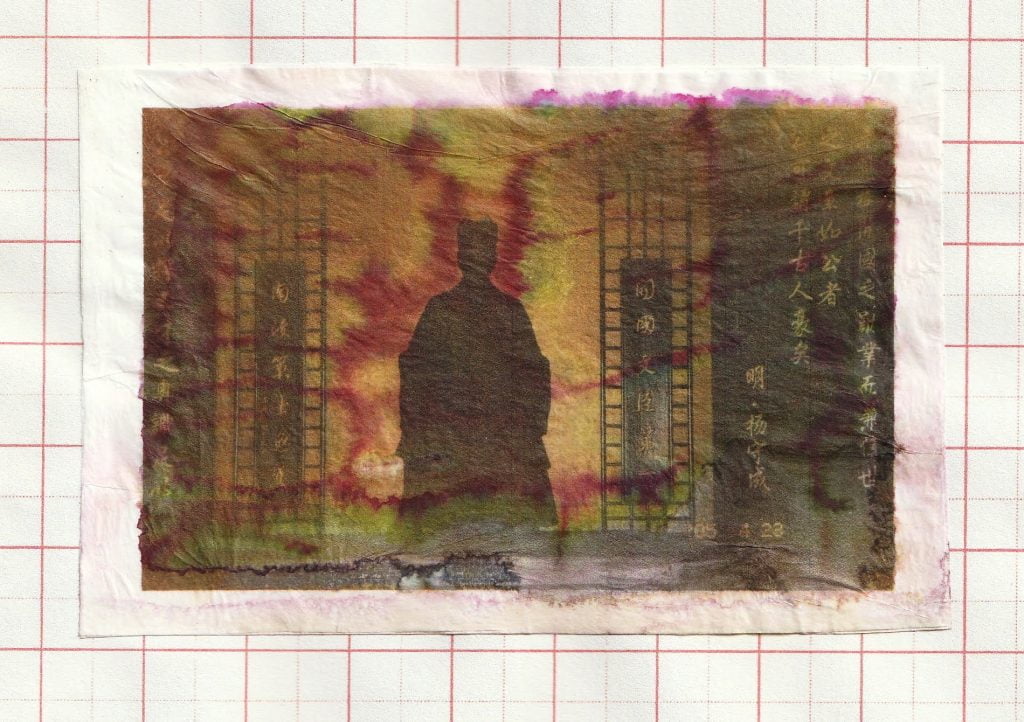 A personal story through time and generations

This week has been especially busy and stressful at university. Taking long commutes, having meetings after meetings and of course, the stresses of socializing.
You might know that I’m studying a masters degree in the visual arts photography. I am making a project about growing up in between two cultures, about language and identity. It’s a very personal topic to be honest and even though my family is closely intertwined in my work, they have no clue about it. In a way, I don’t even want them to know. I especially dread the idea of my mother finding out. To answer the simple question ‘why?’ is not so simple, but I will try

‘Isn’t it amazing that your fridge is always filled with soda?’ ‘I’m so jealous that you have these huge buckets of prawn crackers!’ ‘We’re not even allowed to have those in our house.’

But what my friends didn’t know, was that there was no such thing as ‘family weekends’. During the day, my parents would run errands and prepare all the ingredients for the kitchen. During the evening, our house would be filled by song. An interplay of the melodic ringing of the phone and the rythmic clacking of metal on metal which followed as response. Upstairs, only a subtle hum would be perceivable, easily drowned out by the crackling sound of voices.
As an 8 year old my favorite pass time used to be watching TV. I’d watch anything on the Belgian kids channel, be it Spongebob or those Barbie films they’d air every Saturday morning. I didn’t care much about what was on the television, as long as it kept me company. A can of soda and a bag of chips would be within arm’s reach, easily found without a look. The sweet prickling taste of coke and the salty crunch of paprika chips would spark a joyful sensation within me. Immersed in the adventurous quest and infected by the excitement of the animated characters, a tap on my back would interrupt me.
‘Don’t hunch’ my dad says. I didn’t remember him entering my room, but before I could ask, he was already heading downstairs.
I now know the scientific explanation for this feeling of joy, it’s called a dopamine rush.

‘Your mom makes you food from the restaurant menu?’ ‘So cool that you can choose a delicious dish with just a point of a finger!’

But what my friends didn’t know was that there was no such thing as ‘family dinners’. In our household dinner time equaled business time. When the intervals between phone rings became longer, my mother would make my brother and me dinner. I used to call him gēgē 哥哥 which is the Chinese word for ‘brother’. I never called him by his first name, which was more typical in Belgian culture. But starting from an unknown moment in time I did start calling him by a different, yet similar name. It became a kind of abbreviated, dutch-version of the Chinese word for brother: kek.
‘Kek! Eten!’, ‘Bro! Food!’, I would yell up the stairscase.

Only after dark, when we had long eaten, when the phone had stopped ringing and the woks were laid down to cool, our parents would take their place at the dinner table.

It’s funny how memory works. Small, present day occurrences can be enough of a catalyst to catapult you all the way back to a moment you thought you had forgotten. The photographic project I’m working on right now has made me travel through many such instances. In a way, I think it couldn’t have been different. It is due to the current situation and its travel ban that I wasn’t able to go abroad for my work. No strange yet exciting sights, smells and interactions to suppress unwanted memories. Unexpectedly it are these confusing feelings that have been fueling my research process up till now. They have been made me go on an inner discovery through time and space. And one of these spurs of inspiration has brought me all the way back to 2005, to a place that looked like the childhood village of my mother. I discovered this place when I decided to pick up my mom’s old analog point and shoot camera. Inside the small plastic body I noticed there was still a roll of film. Once developed, I saw the images all had acquired a strange color due to their age. But the photos were clear enough to make out the forgotten moments it had captured. The images made my mind wander and I began making up all kinds of possible stories that might have led to the pressing of the shutter. I was immersed again in an imaginary story and I knew the truth would fracture it all in an instance. So, I kept the photographs for myself.
Weeks passed before I acknowledge the one-sidedness of my selfish decision. I knew I had to share this discovery with my mother, I had to ask her about the actual story. Especially if I was planning on using these photographs in my work. But I think it was not only selfishness that was holding me back, it was also a feeling of fear that was responsible for my silence.
I sent the images through my little printer who sputtered them out and just like that, the first step had been taking. But once again, I couldn’t muster up the courage to follow up. I kept convincing myself ‘the moment wasn’t right’ instead of admitting it was the fear of my mother’s discontent that was numbing me. I was afraid she would disapprove of my work, that she would think of my project as ‘useless’.
If it wasn’t for the pressures of university deadlines, the mystery might have lived on forever. One evening, months after the discovery, I headed downstairs and found the restaurant was calm. My mom was on her phone watching Tik Tok videos about this doctor talking about COVID-19.
‘Mom, can you write down your thoughts about these photographs for me please? It’s for an assignment about family and memory’. I didn’t dare admit that I was the one who made the ‘assignment’ in the first place. Better say my teacher asked for it. That she wanted to know.
A surprised and thoughtful look appeared when she took out the photographs. A sigh left her lips when I rephrased my memorized string of words. I didn’t know what that look or that sigh meant. What memories was she trying to recollect? Will she still agree to write down her words on the images?

Maybe I was right. She doesn’t understand after all.

Later that evening she came into the living room. Her braid a bit messy and a tired look in her eyes. The harsh and irritated voice had made way for a gentler tone. One that said:
‘I’ll write it down for you tomorrow. Tonight I’m not feeling in the right mood.‘
And quietly, she left for her room.

I don’t know why, but with these sentences a wave of relief came over me. I was imagining all the worst possible responses, I had wished our relationship was better and I thought of myself too naive of even trying to change that.
I wonder now, maybe she’s not the one lacking understanding,
but am I the one lacking the words.

Thank you for reading this week’s blog post. 🙂
It’s different from last week’s, but it felt right to write this. The idea did come from a restless Friday night at 11:38pm and while I was lying in bed in my pj’s, I wrote out the first draft.

Next week’s post will be a more traditional article where I will share bits of the research for my master’s project! I have interviewed four Belgian born Chinese university students to ask about their experience growing up in between two cultures, their connection to the Chinese culture and experiences with racism and discrimination. The article will be a summary of the conversations I had and I will also be sharing some of my takeaways on them.
To get noticed when this article will be live, feel free to subscribe to my newsletter.

Have a great day and talk to you soon ~

PrevPreviousCan anyone learn to sing?
NextA cover of ‘Piledriver Waltz’ while Submarine is playing in the backgroundNext