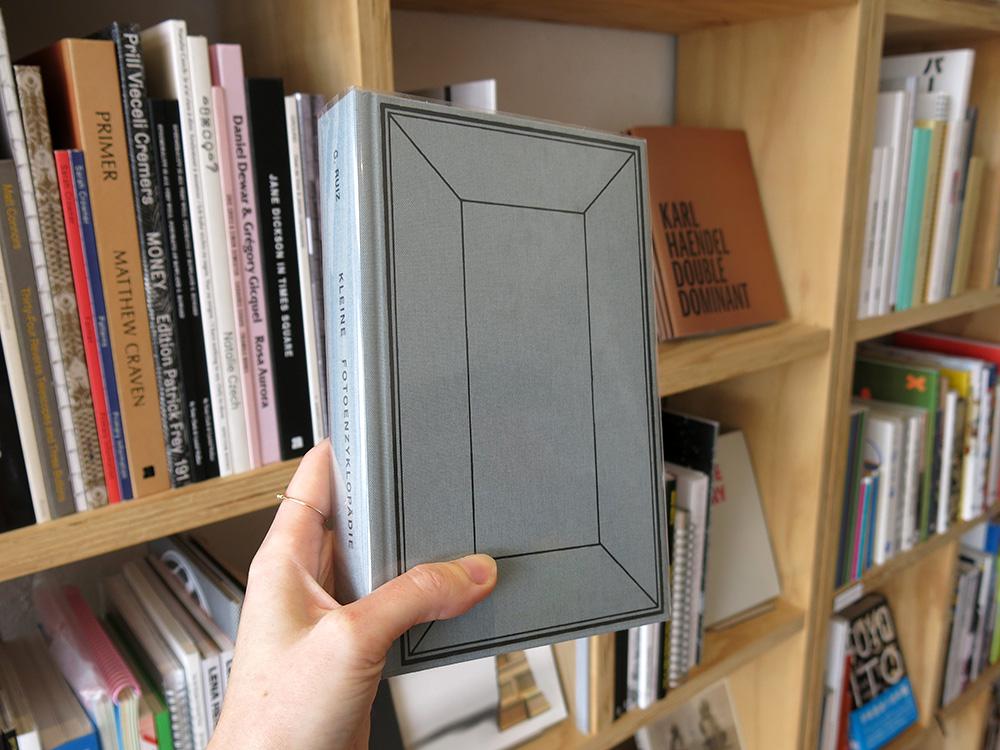 ‘Kamiki no oto’ by Hara Yoshiichi

Just like the 1st Century Roman gourmand Apicius said “We eat first with our eyes“. My first impression of Yoshiichi Hara’s Kamiki no oto was one of fascination. A large, hard cover book with a plain sleeve. Once you open it, a beautiful cover greets you. Its size and paper choice make it clear that a lot of care has gone into its production. Together with an introduction that cites a quote from Genesis, my expectations were set high.

However, when initially flicking through the book, the images itself did not meet the expectations I had (unconsciously) set for myself. Not that the photographs were bad, there were several once that I really liked in fact. I simply did not feel ‘satiated’ enough.

It was only at the end, when reading the artist text that the real meaning behind the photographs became clear to me. It made sense now why Hara Yoshiichi was quoting the Bible and why this book was just so damn beautifully designed.

The reason why he created the book was because he got inspired by this Bible quote.

“God created man from the dust of the ground. He breathed the breath of life into him, giving him a living soul.”

This singular phrase struck him so strongly that he even set out to travel to different parts of Japan trying to capture Kamiki no oto, meaning ‘the sound of the breath of God’. In total he had shot 40 rolls of film and still wouldn’t consider this project as finished. However, he would never actually finish the work the way he had intended. Upon returning, he suddenly fell ill and had to get hospitalised. The doctors told him he had a severe case of cancer and would only have one month to live. I cannot imagine how it must have been for him during these last weeks. Returning from such a trip, only to hear you’re about to die.

Yoshichi decided that the last thing he would want to do is to finish the work he had just embarked on. By reaching out to local photo shops and with the help of friends he was able to develop all 40 film rolls, get them printed and make a selection for the book.

“I kept a total of 27 prints in the end. I viewed them again and again, listening for that sound over and over. I imagined how If I had just another six months I could have completed this work, but there was nothing I could do.”

Once I knew about the actual story, I started seeing ‘Kamiki no oto’ in a completely different light. I was struck by this strange, ironic and beautiful coincidence that led to this work and in turn, his death. Why did he fall ill right after returning from a trip where he tried to capture ‘the sound of the breath of God’? Why was it specifically this work that would become his last?

“I was imagining how in the end my breath would be taken back into God’s breath. It hasn’t been a bad life.”

Photo encyclopaedia was made by Colombian photographer Guadalupe Ruiz during her artist residencies and travels in 2014 and 2015. She was looking for a way to compile and share all the images she made during her travels and got inspired by old photo books dating from the 30s and 40s. Besides that, she is also strongly interested in the offset printing process and wanted to be able to print the entire book herself. Kleine Foto-enzyklopadie is a small hardcover encyclopedia with 37 chapters and 645 photographs.

When I first held the book, I did not know all this information. To be honest, I just looked it up and summarised it to give some context to this blog post. Anyway, what I really wanted to say is that I enjoyed this book for its straightforward and ‘simple’ approach. Chapters range from ‘Skyscraper’, ‘Flowers of Colombia’, ‘varieties of corn and potatoes’, ‘Christmas in New York’ etc. For me, it was a refreshing way of what photography could also be. Sometimes, it doesn’t need to be a full fledged story, beautiful composition, a striking look or a mesmerizing dynamic that makes a photograph ‘book worthy’. It made me question what the meaning of photography and archiving actually is. And it made me rethink my own personal artistic work. Could it be that instead of ‘reconnecting with my Chinese roots’, that I’m actually trying to explore and go beyond the boundaries of ones personal memory by means of photography?

‘And slowly, an image started to appear’ by Erien Withouck & Renée Lorie

The last photo book on my list is not really a book, called And slowly, an image started to appear. This is a project by Renée Lorie and Erien Withouck and came to be during their travels to the Shetland Islands in the beginning of 2020. During these travels, they experienced Shetlands yearly fire festivals and saw how communities gathered during these times. Once they had arrived back home after a long day, they would take a moment to rest and reflect while completing a giant puzzle of a seal.

Lorie and Withouck’s trip resulted in a total of three artistic project and one of them is this one, a puzzle composed of the photographs they took while on the Shetland Islands. While the pandemic had just taken a hold of the world, the artist duo wanted to ease the pains of confinement and inspire solidarity with this project. Parts of the proceeds will go the DoucheFLUX, a charity based in Brussels who try to prevent isolation and exclusion of people in poverty.

You might think: “So? it’s just a puzzle“. But what struck me about the project is how the story, design, and concept idea fit perfectly together just like, yeah, a puzzle. The artists who travelled to a place built on community, them having experienced it for themselves and them trying to share this experience through their work. Even though it might be something small, I appreciate how Lorie and Withouck created something with the means to help people. Either by distracting them for just a bit from their worries or by literally giving back to a Brussels community in need. It is a project that has a personal, human touch and was created thoughtfully. Besides that it also inspiring to be reminded that sometimes it’s okay to think outside the box. A book doesn’t always have to look like a book. An image doesn’t always need to be a completed one.

PrevPreviousI tried to write my own song
NextMaking an ambient soundscapeNext