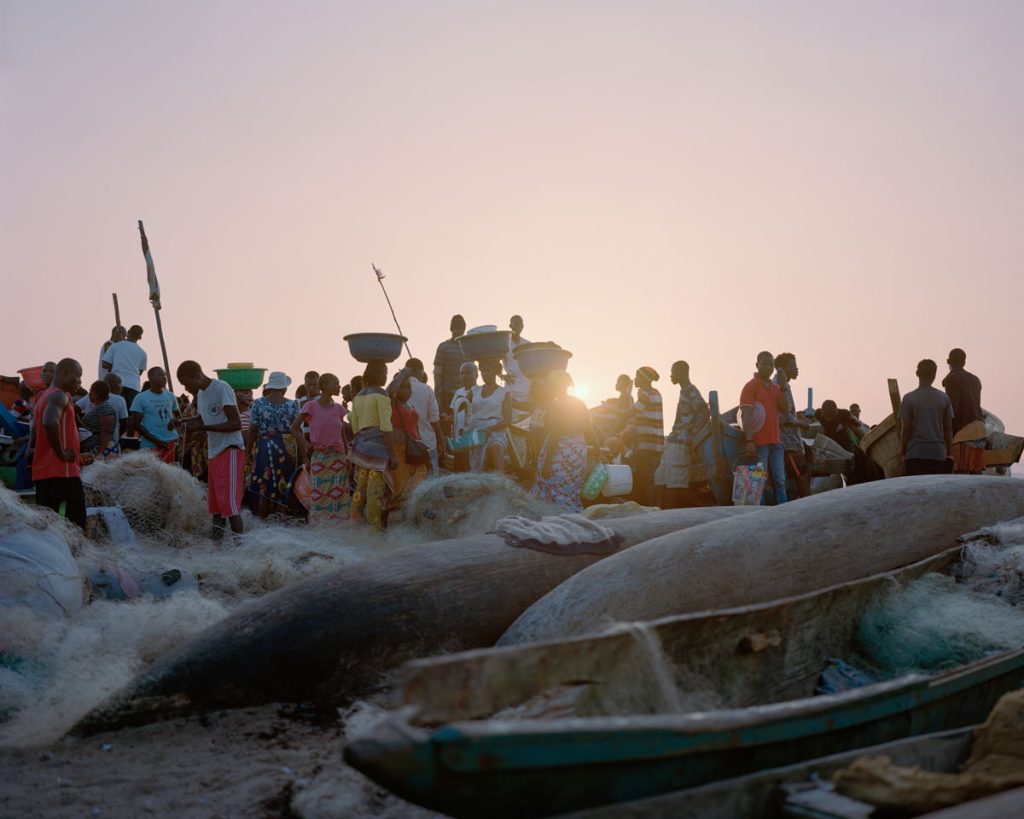 For this blog post I wanted to share a photo book I discovered while doing my internship at a local photo book shop in Brussels called Tipi Bookshop. “Reaching for Dawn” is a work by French photographer Elliott Verdier and is a startling, yet exceptionally compassionate perspective on the Liberian Civil War (1989 – 2003). Even though the war has ended nearly two decades ago and no traces of it seem to remain, Liberia’s struggles have never truly ended. “Reaching for Dawn” is a poignant statement on the silence that has been imposed on the country’s bloody conflict and the collective trauma of its population. With his portraits, Verdier invites you into a human intimacy that at first glance might seem melancholic. But while you progress further into the narrative, you realise the true size of the wounds these men and women have been left behind with. Nightmares haunt them at night and the light of day is still yet to come.

“Reaching for Dawn” is a photo book made by the Paris-based photographer Elliott Verdier and talks about the bloody civil war that took place in Liberia. This small country on the coast of West Africa has gotten its name after freed American slaves started settling there. After the abolishment of slavery, the US were facing racial, cultural and moral challenges and needed to find a solution. Men and women got deported to a far off land that the US had deemed belonged to their ancestors. English became Liberia’s official language and its capital got named after the American James Monroe. Even though this unique country is recognized as an African state, many western values are still being upheld.

For over 130 years, the Liberians enjoyed independence and economic freedom. But ever since the Krahn ethnic group took hold of the country in a violent coup in 1980, peace hasn’t returned to the country. Officially, the conflict has ended in 2003, but Liberia is still trying to recover. Not only has food security, water accessibility and health care become a challenge. A collective trauma has left a large, gaping wound in every man and woman.

Of the gruesome conflict that tore their homes apart, nobody speaks. A stifling silence, upheld by its corrupt government, shrouds a dark history. And while seats are being warmed by former war criminals and both national and international recognition are still lacking, these men and women have nowhere to go. No place to voice their trauma and pain.
The only thing they can do, is hold on to it in quiet distress and eventually pass it on to its future generations.

“I do not pretend to give a truth, but the one I have perceived”

The reason why this work resonated so strongly with me is because of its human and sincere viewpoint it offers on Liberia’s current situation. The project is not a merely an objective and purely documentary body of work. Instead, there is a clear emotional involvement, respect and statement the photographer is implying. Early on in his career, Verdier has been influenced by the classical photojournalism. But recently he has been questioning his own position as a ‘witness’ more and more. In order to challenge his own subjectivity and to allow himself the time and space to truly connect with his subjects, he photographs using a large format camera.

“I do not pretend to give a truth, but the one I have perceived” adds Elliott on the subjectivity of his photography. “With the large format camera, I am obliged to discuss with the people I have taken pictures of. I must explain the project to them, they participate by agreeing to pose.”

Elliott Verdier in Its Nice That, 2021

When I first saw the book, I wasn’t aware of the camera he had used to make the project. But I was still struck with the poignant feeling of a quiet sorrow all the photographs carried. Some were held in a stern look, another in the way one’s body slumped against the wall. You could feel all portraits were created with compassion, and it showed its subject in a truthful and dignifying way. If you want to achieve a similar result as Verdier did, is using the same equipment as him necessary? I don’t think so. It is the attitude and adherence towards the subject that made this project so powerful.

What tied the entire story together for me, were the black and white photographs that accompanied the voices of the men and women. Flicking through the beautifully silver-on-black prints, I was struck with a looming and almost eerie kind of feeling. While I let my gaze follow the reflecting light of the silver ink, I read the statements. Voices recalling horrifying acts of murder, an individual going through his thought process right before a killing, the words of a grieving daughter. While I was trying to imagine how it must be to experience something like this, it was as if I was with them in this petrifying nightmare.

A single flick of a page was all it took to leave the darkness behind. And greeting me was now the eyes of a stranger, set in beautiful soft colors, taken in the light of day. However, you realize that behind these firm looks their nightmare has never truly ended.

The series is accompanied by recordings of men and women’s voices – both victims and perpetrators – recounting their respective tales. Their stories continue to have a huge impact on the photographer, nearly a year after the project finished. “I have not been able to digest this series. My travels, the people and this subject, still affect me a lot.”

Elliott Verdier in Its Nice That, 2021

Sometimes I forget what the true meaning behind every photographic project actually is. It is not the unbiased look of a stranger into a far-off world. As a photographer, it is the creative result of an intense and immersive experience. The empathetic portraits, sincere words and deeply personal feelings are what made “Reaching for Dawn” so powerful for me.

As a viewer, you find yourself in the world of the subject, and you relive the experiences with a mirrored intensity. That is what Verdier’s work has done to me at least. It made me see and, most importantly, feel the pain of these people half a world away. It made me relate to people whom I didn’t know, living in a different place with a different culture. It made me want to learn more about the Liberian Civil War. And it made me want to write about it and share their story.

I have seen photographic works that were packed with facts, elaborate researches and information. Abstract numbers and names listed by some kind of journalist. And I find this kind of approach is often more distancing than the other way around. “Reaching for Dawn” has found a perfect balance in providing essential information while never letting go of its subject: the true cost of violence and the people carrying its burden.

The first time I saw “Reaching for Dawn” was when Andrea, the owner of the Tipi Bookshop, asked me to film the book for his website. Here is the video I made that day: